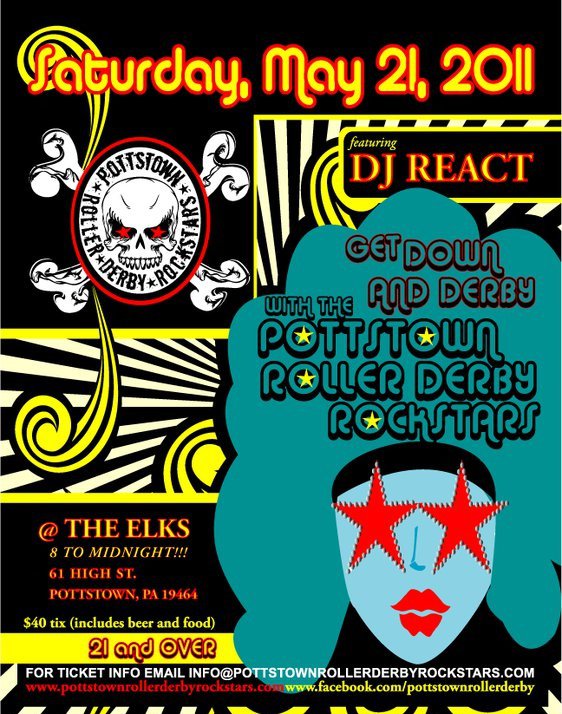 You might remember that the last time we checked in with the Pottstown Roller Derby Rockstars, the league had about 19 members, but these days over 50 skaters can officially call themselves “rockstars!”   The women of Pottstown Roller Derby have big plans for their league, but big plans don’t come cheap. As they outgrow their current space, league co-founders Lida Addison, Tonda Woodling and Patty Fetterman are actively searching for warehouse space in the borough to house their league, and raising funds towards that end. 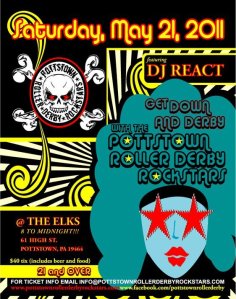 This Saturday night, you can come out and support the fledging league and party just like a rock star at the Elks Club from 8pm to midnight.  Your $40 entrance fee gets you food and beer (you’ll need cash if you want mixed drinks) and seventies themed party, named Get Down and Derby with the Pottstown Rockstars,  that just might become legendary.

Roller derby itself might seem like something of a novelty, but it could be pure gold to Pottstown’s struggling economy.  Bringing a spectator sport like roller derby to the borough would have positive economic ramifications and add to the burgeoning arts and culture vibe that is starting to take root downtown.

Depending on their eventual home turf, Pottstown’s bouts could attract upwards of 300 people.  The neighboring Lehigh Valley Roller Girls’ League regularly sees attendance between 300 and 500 fans per bout.  And, after watching roller derby, those 300+ people might just hang around for dinner or drinks.

Skeptical?  It’s understandable that you might be, but consider some of these statistics from the recent poll conducted by the Women’s Flat Track Derby Association (WFTDA)

According to responses to the WFTDA’s 2010 demographic survey:

Most have some post-secondary education; 20% have graduate degrees

31% of responding skaters have children under 18

36% of skaters are married

According to fan responses to the 2010 demographic survey:

34% of fans have undergraduate degrees; 21% have a graduate level degree

That sounds like exactly the kind of demographic that could help this town over the tipping point toward revitalization and the derby league needs some financial help to do it.  Warehouse space (about 20,000 square feet of it) is expensive, as is the actual track they need to furnish it.

So, come on out and support the home-grown derby team this weekend at the Elks.  Here is all the info:

Get Down and Derby with the Pottstown Roller Derby Rockstars

TICKETS AVAILABLE AT THE DOOR

$40 tickets includes ALL THE BEER YOU CAN DRINK and food!!!
All the appetizers you can eat!!!
We will have Miller Lite, Yuengling Lager and Labatt’s Blue on tap!
Beer and food included with ticket purchase!
Cash bar for liquor
50/50 RAFFLE
DJ REACT will be spinning the funky beats!!!
70’s Disco Attire is HIGHLY ENCOURAGED

Information about practices can be found on their facebook page and new members are encouraged to come out to the “fresh meat” practices to try out some derby skating.

One thought on “Pottstown Roller Derby Rockstars Get Down and Derby” 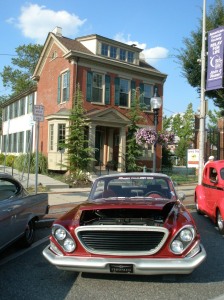